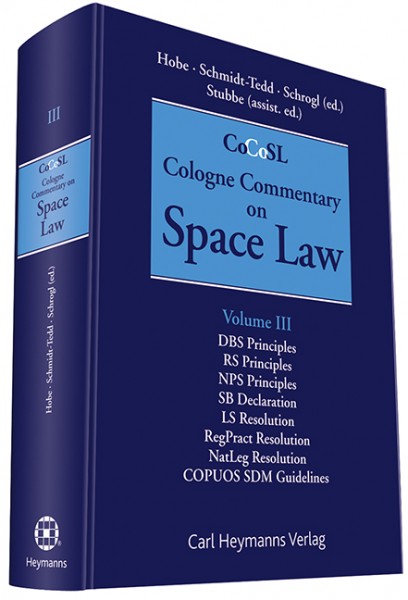 Volume I, II and III

Content Overview Volume I, I and III:
Volume I serves as the foundation upon which Volumes II and III of the Commentary build. It comments on the Outer Space Treaty which represents the first international space treaty that lays down the basic principles for the activities of states in outer space. Volume III discuss the six most relevant United Nations General Assembly Resolutions on space law, namely: · the 1982 Direct Broadcasting Principles, · the 1986 Remote Sensing Principles, · the 1992 Nuclear Power Sources Principles, · the 1996 Space Benefits Declaration, · the 2004 Launching State Resolution and · the 2007 Registration Practice Resolution.