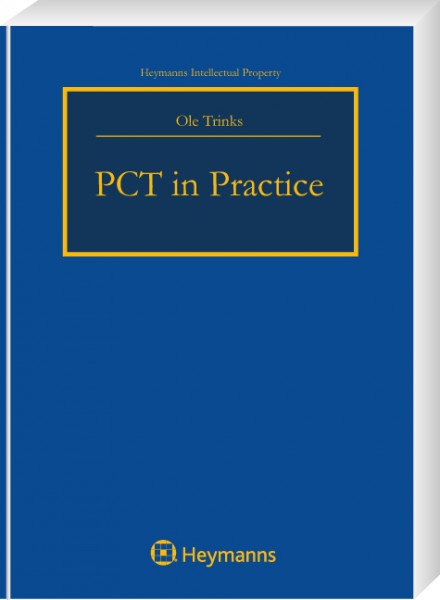 Beschreibung
Many recent changes in the PCT are making it an increasingly more attractive option for... mehr
Menü schließen
Beschreibung "PCT in Practice"

Many recent changes in the PCT are making it an increasingly more attractive option for applicants looking to protect inventions by means of international (PCT) applications. Still a great advantage of the PCT is that applicants are not limited to the 12-month priority period to decide on the States in which to seek patent protection, but instead they can extend this time limit by a further 18 months simply by filing an international application. In addition, the PCT extends even further options which the applicant can avail himself of to get his application searched and undergo a (preliminary) examination right in the international phase. These options allow an applicant to get a good grasp of his potential scope of patent protection right upon entering the national/regional phase. For example, ever since January 1, 2009, in addition to the international search, the PCT has also offered the option of having further (supplementary) international searches carried out so as to better serve the increasing diversity of languages among prior art documents.

Particularly when compared to a European (EPC) application, an international (PCT) application has even further advantages, leading increasing numbers of applicants from EPC Contracting States to now favor international applications. One such advantage is that the PCT has no claims fee, so that without paying additional fees, applicants can have more than 15 claims subject to a search and (preliminary) examination in the international phase. This is particularly advantageous for highly-complex inventions which can be claimed in their entirety under the PCT without first being required to unnecessarily limit the application’s scope of protection. Another advantage that the PCT provides for is that in cases of non-unity of invention, applicants will be invited to pay additional search fees. Thus, the PCT ensures that applications will be fully searched and examined (as need be) in the international phase – even despite lack of unity – so that applicants can use this information in deciding which inventions should enter the national/regional phases. These and other advantages of the PCT are steadily magnifying the importance of international PCT applications in everyday practice.

Yet in everyday practice, the complicated structuring to the text of the PCT rules has led to considerable difficulties in answering the many questions related to such international applications, since almost all of the contentious issues are decided by the PCT member states themselves and fixed in the rules by means of regulations.

The purpose of this book is to give a practice-oriented rendition of the PCT which discusses all the essential issues and questions which arise chronologically – starting with the initial filing of an international application, continuing through the international phase, and on up to entering the national/regional phase – all from the standpoint of the questions and contingencies occurring in actual practice. This book answers these questions using the actual wording of the articles and rules and, especially drawing on the PCT Guide, the PCT Newsletter and the PCT Gazette, then incorporates additional details on designated Offices and legal information important from the European perspective.

Autor:
Dr. Ole Trinks is a Patent Attorney licensed to practice before the European Patent Office and the Office of Harmonization for the Internal Market.

Dr. Ole Trinks is a Patent Attorney licensed to practice before the European Patent Office and the Office of Harmonization for the Internal Market.